Skip to content
HomeBeware of Negative Growth in Corporate Profits 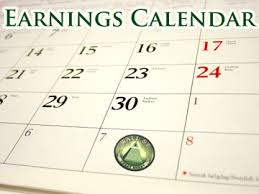 My previous blog posts have been leaning towards being more bearish regarding the stock market. The revised forecast for negative growth in corporate profits for the first quarter of 2015 makes me wonder if forecasters will reduce their expectations for the second quarter as well. I find the magnitude of the decline in expectations are somewhat alarming. Previous estimates for the first quarter were for a gain of 8.57 percent, with the second quarter projected at 7.33 percent and the full year at 9.78 percent.

Some Wall Street forecasters are putting a positive spin, by discounting the negative earnings from the oil & gas sector,  claiming that the rest of the S&P earnings will be positive. Energy profits are forecast to tumble 62.51 percent in Q1 and about the same in Q2, with the full-year sector drop pegged at 57.08 percent.

While others point to the strong U.S. dollar as a headwind to weak earnings for the next two quarters.

“Since the end of World War II in 1945, each of the 10 economic recessions has been accompanied by a decline in earnings growth. Only three times during that period did negative earnings not see a recession follow”, according to Sam Stovall, chief equity strategist at S&P Capital IQ.

“While not an official profit recession, as no contraction in EPS growth is currently projected, the full-year growth estimate is getting uncomfortably close to that threshold,” Stovall said in a note to clients this week.

“Capital IQ expects the first quarter to show a loss of 2.92 percent for the S&P 500. Expectations for the second quarter, IQ sees a loss of 1.84 percent”.

These conflicting views makes it difficult for me to put money to work in the stock market. I am old school, in the past, the transportation sector has been a good indicator of economic activity. The one year chart below of the transportation ETF (IYT) shows signs of weakness. It is currently trading below its 50 & 100 day moving average and is close to breaking below the 200 day.

I will be focusing on changes in revenue (top line growth) over earnings which can easily be skewed. I expect the railroads will show some weak revenue growth because they depend on transporting commodities like oil and coal. Norfolk Southern released an earnings warning on Monday, first quarter earnings per share are expected to be $1.00 per share. That is 15% below the same quarter in 2014 and is primarily due to lower expected revenues.

Take a good look at revenue growth from parcel delivery companies, air freight and trucking companies to confirm that economic activity is getting stronger. Here are a just few names that I am watching.

The first quarter GDP of 2014 came in at -2.1% but rebounded to 4.6% in the second quarter. Could we have a repeat performance this year? Consumer spending was positive for March after three negative months in a row. The low price of gasoline will add $800 to $1,200 extra dollars this year into consumer pockets. I expect that those dollars will be spent during the second half of 2015!

As I was writing this post, J.B. Hunt released their earnings report: