Many investors are in for a rude awakening when they open their year-end retirement plan statements. The bond portion will probably show negative returns. It could even wipeout a good portion of their positive returns from owning equities.

Now, the most common method used in rebalancing your established asset allocation mix would be to reduce the holdings that are up in value (sell stocks) and buy assets that have fallen in price (buy bonds). This practice may have worked very well in the past but interest rates are going up forcing bond prices down.

“Miller isn’t the first to call time on the bond bull market. Economist Henry Kaufman, the original “Dr. Doom” who is credited with calling the last bond bear market in the 1970s, told the Financial Times this week that the current bull run is at an end.”

In the past, when the Federal Reserve decided it was time to unwind its easy monetary policies, it would raise the federal funds rate fairly quickly. The Fed believes a neutral stance on monetary policy is reached somewhere above the 4% level. The current Federal Reserve is moving slower than normal. Based on an average of three rate hikes per year, it will take the Fed a little over 4 years to normalize interest rates.

Short-term, reduce or eliminate investing in target date mutual funds since they automatically rebalance from equities to bonds. Plus they increase your bond exposure the closer you are to retirement.

During a period of rising interest rates, the prudent strategy is to reduce the duration of your bond portfolio. That could mean using a short-term bond ETF or a ladder of GICs both of which would allow you to benefit from an increase in rates.

If you’re comfortable with a little credit risk, use short-term investment-grade corporate bonds to get a little more yield.

Cash is by far the safest asset class. Move some of your equity allocation and some of your fixed income allocation to cash. I have my doubts that President Elect Trump can get congress to pass all his stimulus agenda and even economists are unsure if these policies will actual increase economic growth.

Corrections in the bond market are not as uncommon as you think. Most have been short in duration. See the chart below: 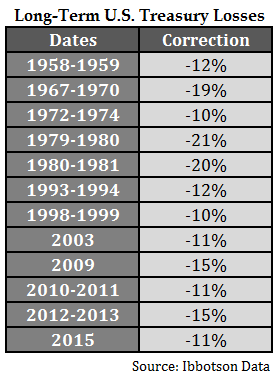 Keep in mind that in the past, rate hikes were implemented  at a much faster pace than what the current Fed has purposed. Losses in the bond market could continue for longer than expected. 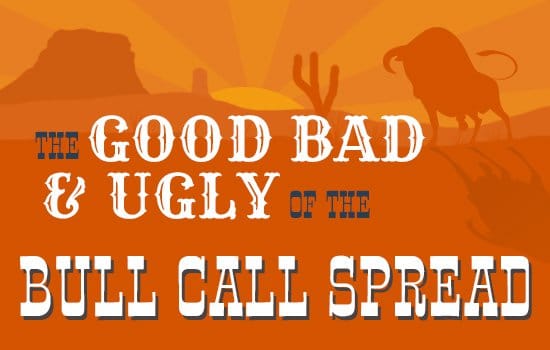 Most new option traders start with a covered call strategy. You buy 100 shares of company xyz and you sell one option that has a near month expiry date. One objective of this strategy is to earn extra income from the option premiums which hopefully expires worthless. Short term options decline in value very quickly if the stock price remains fairly flat or falls a little in value.

An alternative to writing covered calls, one can enter a bull call spread for a similar profit potential but with significantly less capital requirement. Instead of buying the underlying stock in the covered call strategy, the bull call spread strategy requires the investor to buy deep-in-the-money call options instead.

To illustrate the difference, I am going to select 3 bull call spreads for the above three popular stocks. Disclaimer: These trades are for educational purposes only and are not recommendations.

Only time will time if these bull call spreads are good, bad or ugly. Stay tune for a follow-up post in the new year. 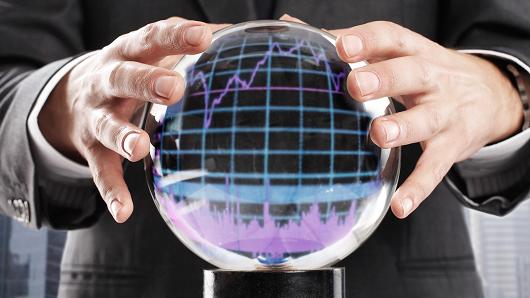 You can blame President-elect Trump who promised to reduce the corporate income tax from 35% to 15%, reduce the tax on repatriated profits from abroad from 35% to 10% and reductions in personal income tax rates. This clearly points to substantial federal deficits. The economic laws of supply and demand apply to bonds. Increasing the supply of bonds being sold results in bond prices going down and yields going up. The bond market has already reacted by selling off on expectations of higher deficits and more bonds coming to market.

Now the average Canadian homeowner whose mortgage comes up for renewal in 2017 may not understand why fix mortgage rates are on the rise. After all, the Bank of Canada decision last Wednesday was to hold the overnight lending rate at one half per cent. This rate has remained unchanged since July 2015. Market watchers believe that the Bank of Canada will not follow the Fed in raising rates in 2017 due to slower than expected economic growth in Canada.

The problem is higher bond yields in the U.S. has also cause a selloff in Canadian and European bonds. Some money has moved from Canadian bonds to the United States. Since fix rate mortgages are closely tied to bond yields, mortgage rates in Canada could also be on the rise. Some banks like the Royal Bank has already raised some mortgage rates.

Is this only temporary or is it the start of higher mortgage rates to come?

My big concern is that the bond selloff could continue. It really boils down to Trump’s agenda during his first hundred days in office. Will the fiscal stimulus for infrastructure, between $500 Billion and $1 Trillion, be passed early in the Trump administration? Where will that money come from, selling more bonds?

It appears the Fed is behind the curve regarding interest rates. Bond investors have already pushed interest rates half a point higher but the Fed is expected to raise rates by only a quarter point next week. Will they try to catch up or even change their views about keeping short-term rates lower for longer? 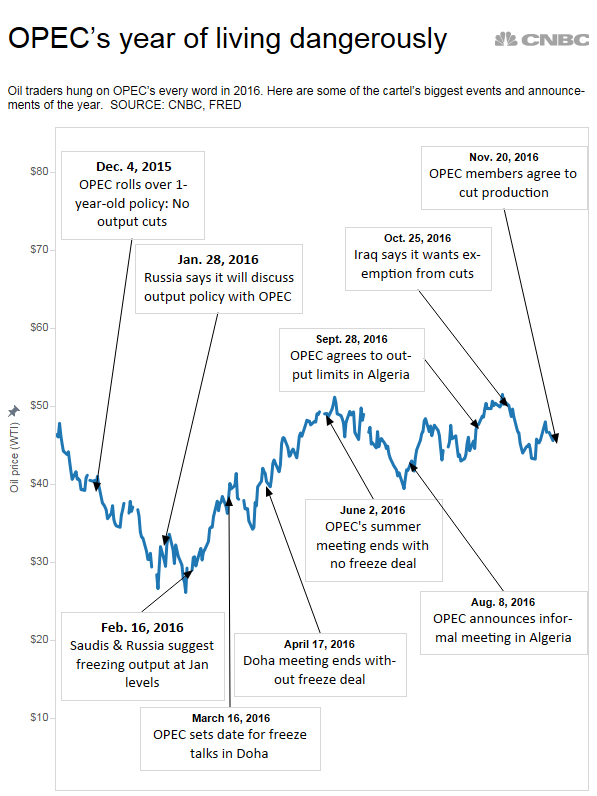 Over the past year there has been a lot of talk regarding the possibility of OPEC either freezing or cutting production. The Organization of the Petroleum Exporting Countries (OPEC) on Wednesday agreed to its first oil production limits in eight years, triggering an oil rally. The new norm for crude prices could be between $50 and $60 going forward.

The key to all of this is whether these cuts will be implemented. Plus market watchers are also questioning whether the oil group will cheat. The sharp oil-price rally may well be short-lived, as oil production has been turning the corner in the U.S., with the rig count up 50 percent from lows in May.

Extracting oil from the Permian Basin, which spans west Texas and southeast New Mexico, is less expensive than it is in many major fields.

“Basically, $50 is good for Permian Basin stocks,” said Paul Sankey, senior oil and gas analyst at Wolfe Research. Pioneer Natural Resources and EOG Resources expanded their presence in the region in the last few months, and Sankey said the two companies would also benefit from $50 oil.”

In Conoco Phillips’ third-quarter conference call, management said the company was adding three rigs to its operations in the North Dakota Bakken oil fields for a total of four rigs in the region.

Cutting corporate income taxes will make U.S. shale producers more profitable and they could have extra cash to produce more oil. Less banking regulations could also allow more bank loans to the energy industry. Could Trump impose tariffs on imported oil? He is after all unpredictable!

The oil futures market has quotes for monthly contracts that are being offered at $53.00 for the first quarter of 2017 and $55 for the rest of the year. The trading volumes of contracts changing hands is very low which could be a bullish sign that oil producers believe that higher prices are coming.

Now over the last two years, I have avoided investing in oil stocks and posted many articles regarding the oversupply problem. I am currently doing research on some U.S. shale oil producers. Unfortunately, the fundamentals haven’t changed and most companies are still losing money at current oil prices.

What do you think?

Is this another suckers rally because hedge funds are rushing in to cover their short positions or is this the start of a bull market in the oil patch?