Skip to content
HomeTrudeau is whistling by the Canadian graveyard 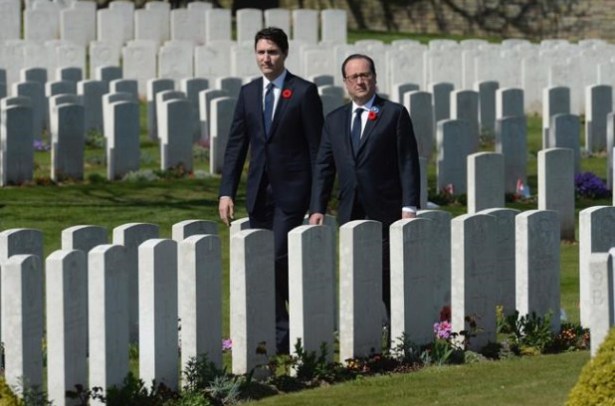 According to Wiktionary:  “whistle-past-the-graveyard” is to attempt to stay cheerful in a dire situation; to proceed with a task, ignoring an upcoming hazard, hoping for a good outcome.

In my humble opinion, this idiom describes our Prime Minister perfectly. The Canadian government missed a golden opportunity to respond to the Trump tax cuts in the February 2018 federal budget.  The United States, our largest trading partner, has made investing in the U.S. more attractive than Canada. Corporate tax rates in the U.S. are 5% lower than Canada and more important is the 100% deduction for new capital spending.

The Canadian dollar has fallen in value from $1.2586 at the end of February to $1.3079 today. A clear sign that foreigners are taking their money out of Canada.  The uncertainly regarding the successful re-negotiation of NAFTA is hurting our dollar and is also responsible for the lack of capital spending in Canada.

Our factors that make Canada less competitive than investing in the U.S.

No surprise that the Toronto stock exchange is down 4% year to date while the S&P 500 is flat and NASDAQ is up 6%. The Trump tax cuts have already boosted employment and capital spending should kick in the second half of 2018. However, there are still are plenty of risks investing in the U.S. with the Trump circus in Washington. Possible trade wars leading to inflation and higher interest rates.

It is going to be very challenging to make money in 2018!

I am still a Canadian Bear