Investors consider tariffs and the trade war as only being temporary. A U.S. – China trade deal, will sound the all clear signal for markets and the economy. But there are indications that we may be in for a longer, more prolonged set of trade battles. A Trade War could last as long as Trump remains in office.

Bank of America Merrill Lynch global economist Ethan Harris has said he expects trade wars to continue over different issues and with different trade partners, even if there is an agreement with China. “The trade war is not going to go away during President Trump’s tenure in office. I think it will go through periods of hot war and cold war,” he said.

There are political and economic reasons for a long trade war.

On the political front, Trump campaigned on reviving U.S. manufacturing, reducing trade deficits and making better trade deals.  A continued pitched battle with U.S. trading partners shows his political base that he is fighting for them in hopes of being re-elected. Also, the trade hawks in the Trump administration want some form of permanent tariffs in place and welcome trade battles.

On the economic front, the Trump administration believes that tariffs are a good negotiating tool to force countries to eliminate unfair trade practices. The goal is giving U.S. industries protection to redevelop and gain market share back from China and other low-cost competitors.

Unfortunately, temporary tariffs won’t work. It’s clear that a manufacturing revival requires substantial investment and it takes a lot of time to move plants back to the United States.  Capital will only flow to these industries if it believes its protections from cheap foreign goods is permanent, not temporary.

How tariffs are hurting the economy!

Year to date, the North American stock markets have been steadily rising. However, first quarter earnings estimates have been reduced and disappointing results could spark a market correction. Fund managers have been getting defensive as one of best performing sectors during the past 12 months has been utilities.

Timing the market is next to impossible but investors are still buying on rumors of a U.S. – China trade deal and probably sell on news. You may want to avoid putting any new money into the markets or raise some cash and wait for a better buying opportunity. 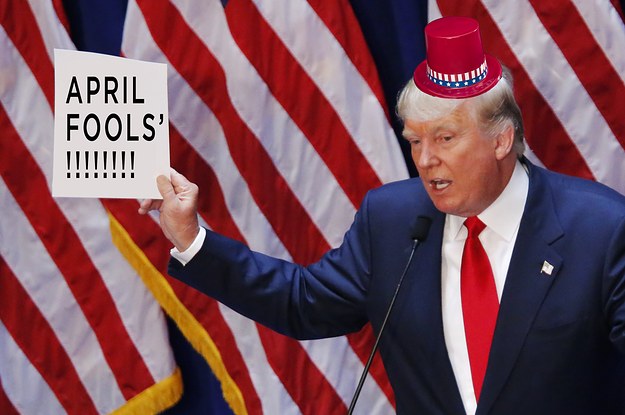 Let me start with Larry Kudlow, the Director of the National Economic Council, who said back in April of 2018 that he believes the U.S. tax cuts could generate GDP growth of 5 percent annually for a short time. The U.S. economy did manage a 4.2% GDP growth in the second quarter of 2018 but the annual rate was only 3.1 percent. Sorry, forever Trumpers but Obama had 2.9% GDP growth in 2015 without the tax cuts.

GDP growth projections even fooled the Federal Reserve which signaled three rate hikes for 2019 but the slow down in world economic growth has forced the Fed to put any more rate hikes on hold. Market watchers believe there is a strong possibility that the Fed may have to cut rates if U.S. growth continues to slow down.

April fools : Tax cuts will for pay themselves

Trump campaigned on a promise to shrink the country’s trade deficit, arguing loudly during campaign stops before and after taking office that bad trade deals have allowed other countries to take advantage of the United States. Trump imposed tariffs as a way to reduce the trade deficit with America’s trading partners.

The U.S. trade deficit hit a 10-year high in 2018, growing by $69 billion, according to figures released March 6 by the Census Bureau. Trump’s constant verbal blasts and a number of arm-twisting PR stunts focused on efforts to revive American manufacturing and reduce dependence on imported goods such as steel and other materials failed to produce any meaningful results.

Trump promised to scuttle all those bad trade deals and replace them with pacts that would re-energize our country’s manufacturing sector. Very little has happened on any of those items during the past two years.

Yes, Trump pulled the United States out of the Trans-Pacific Partnership and renegotiated the North American Free Trade Agreement, both of which he called some of the “worst” deals”, and he’s currently pursuing separate deals with China and the European Union.

It’s important to note, however, that Trump has signed just one new trade deal, with South Korea. The NAFTA replacement, known as the US-Mexico-Canada Agreement, still needs to be approved by Congress and lawmakers on both sides of the aisle have raised concerns. Canada and Mexico will not ratify the new agreement unless the U.S. remove the tariffs on steel and aluminium

So far, engaging in trade wars with just about any country America does business with has not delivered promised results of more jobs for U.S. workers. Companies are not relocating manufacturing plants back to America.