Skip to content
HomeU.S. stock markets are up on nothing but bad news

Kicking the can down the road 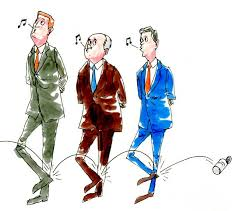 Mario Draghi made comments last week that the ECB is preparing a fresh blast of stimulus to halt the slide in global equities. The Bank of Japan blindsided global financial markets today by adopting negative interest rates for the first time ever, buckling under pressure to revive growth in the world’s third-largest economy.

The BOJ is charging banks for the privilege of parking some of their excess funds which was an unexpected move, although not something new. The European Central Bank has slashed interest rates below zero before to push down borrowing costs and prod banks to lend more.

In a move that was signaled by the Nikkei business daily minutes ahead of the decision, the BOJ said it will apply a rate of negative 0.1 percent to excess reserves that financial institutional place at the bank, effective February 16.

Now U.S. economic growth slowed sharply in the fourth quarter as businesses stepped up efforts to reduce an inventory glut because of a strong dollar and tepid global demand for exports. Gross domestic product increased at a 0.7 percent annual rate, the report showed a further cutback in investment by energy firms grappling with lower oil prices.

Consumer spending, which accounts for more than two-thirds of U.S. economic activity, increased at a 2.2 percent rate. That was a step-down from the 3.0 percent pace notched in the third quarter.

Why is this bad news for the United States?

The fact that both the ECB and BOJ are adding stimulus signals slower world economic growth. More stimulus will lower the value of the Euro and the Yen against the U.S. dollar. This will make U.S. exports more expensive and less competitive in global markets.

Forward sales guidance from companies like Apple, Boeing and Caterpillar are weak primarily due to a strong U.S. dollar and slower global growth. It also gives European and Japanese companies an advantage in selling their products into the U.S. domestic market.

I am not surprised that Wall Street traders are disconnected from economic reality. I believe that this rally is based on the hope that the Fed will not be removing the punch bowl from the party. Most Fed watchers have reduced their expectations of a rate hike in March from 50 percent down to 10 percent. Some are calling for no rate hikes in 2016 and even a possibility of a rate cut.

The chart below illustrates that over the last 6  months money has been moving into the utility sector (XLU) and away from financials (XLF). In a nut shell, raising interest rates are good for financials and bad for utilities.

The utility sector, in the past, has also been known as a good place to hide during volatile times in the stock market. You get paid to wait for the markets to settle down.

3 thoughts on “U.S. stock markets are up on nothing but bad news”